The reason for contacting you is because we are going to introduce in the Spanish market 2 Vademecum Bio toothpastes that are being sold in France.

We are going to relabel the French product with Spanish stickers, so we would like to keep and use your certification logo.

As the products have been certified several years ago under Ecocert criteria, we have “extended” the Ecocert certification for Spain (instead of requesting the Cosmos standard).

We have been audit by Ecocert end last week, and we hope to receive their certification in the following 2 weeks. 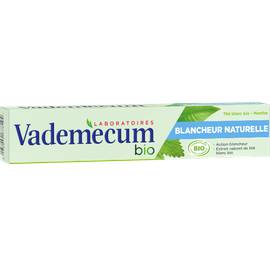